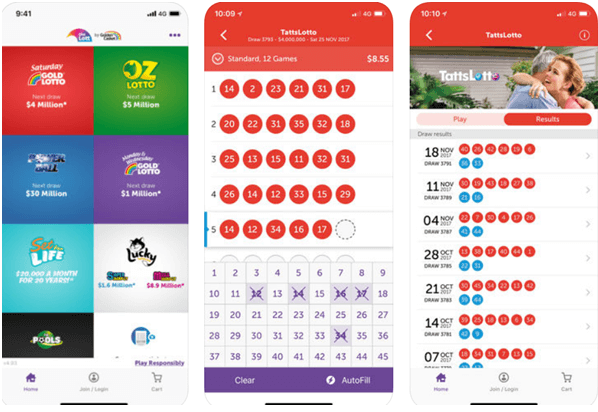 Instant scratch Its Lotto is instant scratchie play game that can be played with just $1 per ticket. These lotto tickets can be bought at your nearest lottery retailers in Australia. The Lott is the Australian Official Lottery that organises and regulates Instant Lotto in various parts of Australia.

Here are the best four lotteries which are legit and that offer and regulate  instant play lotto games in accordance with the Lott. In fact the Lott unites Tatts, NSW Lotteries, Golden Casket and SA Lotteries under the one banner. 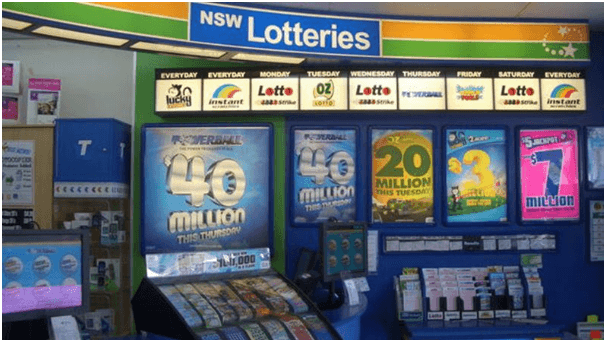 NSW Lotteries is popular Australian scratch card lotteries that caters to the residents of New South Wales. Its biggest card is the Prestige, which costs AU$15 and has a one million dollar top prize. Bling Bingo, which costs AU$4, pays out up to AU$200,000, and Goldfish, a scratchie that costs just AU$1.10, has a AU$20,000 top prize. Treasure Hunt by NSW Lotteries is a AU$4 scratch-it that can award up to four wins on each card and can hit the top prize of AU$50,000 twice. The card resembles a pirate’s treasure map, and the object is to reveal at least three of the same winning symbols. 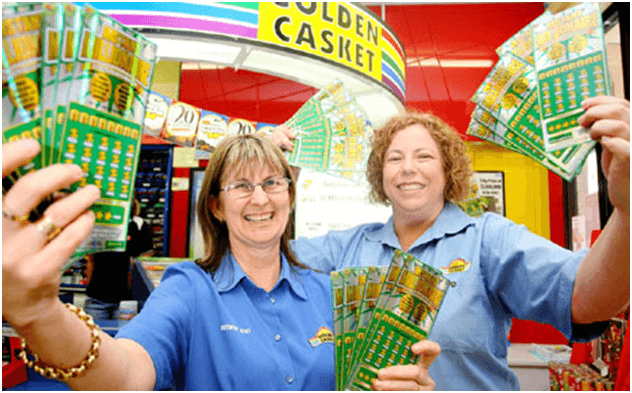 Golden Casket is a Queensland-based Australian scratch card lotteries that is Tatts-owned and therefore sells many of the same scratch-its as NSW Lotteries. Two of its most popular cards, Rich Café and Ho Ho Ho!, cost just AU$2 each but can pay out a top prize of AU$25,000. 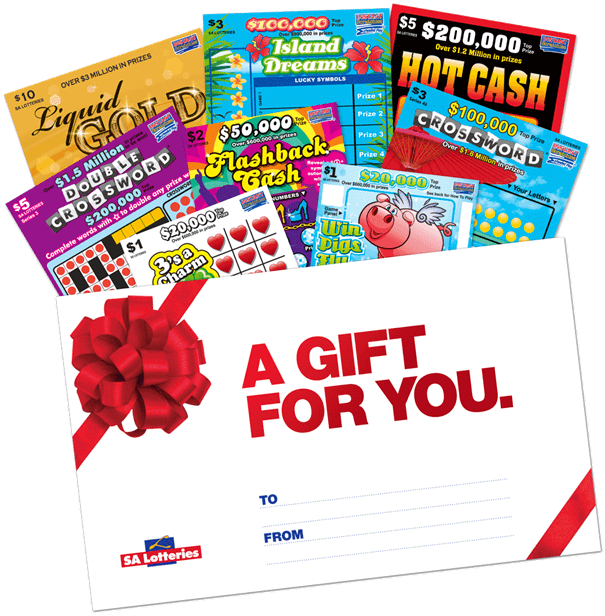 SA Lotteries, another one of the great Australian scratch card lotteries that  features $pot $ome Ca$h, which is a dollar scratchie with a top prize of AU$20,000. It also features popular Crosswords-themed cards that cost either AU$3 or AU$5 and can pay out up to AU$100,000 or AU$300,000, respectively. The company’s top card is Fortune, which costs AU$10 and has a AU$300,000 top prize. Crocodile Cash, which is sold by SA Lotteries, has been one of Australia’s top scratchies for a long time, and the object of the game is to match a prize value three times. The game has a low face value of just AU$1.10 but can pay out as much as AU$20,000 on a single ticket. 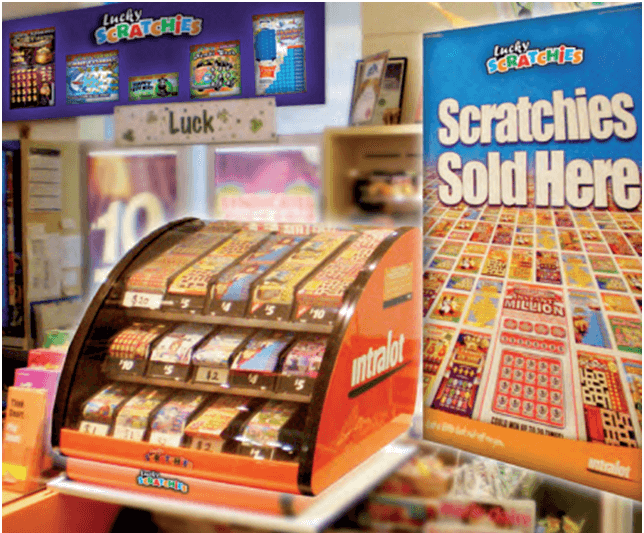 Intralot Australia is one of the most popular Australian scratch card lotteries throughout Tasmania and Victoria. Its most prominent product is the Lucky Tix scratchie series, which has ticket prices ranging from AU$1 to AU$10. Prizes range from AU$1 to AU$500,000, and only the AU$10 Money Magic card pays out that top prize. 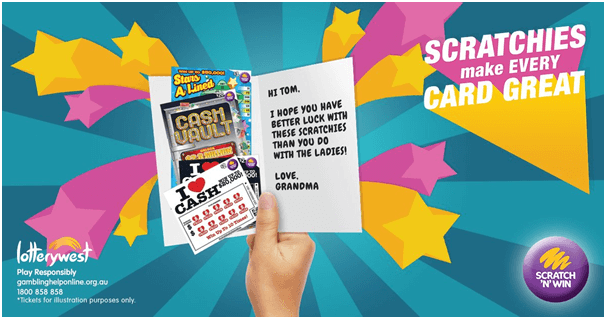 Lotterywest is the state-owned lottery of Western Australia. It sells a standard selection of Scratch’n’Win cards at AU$2, AU$3, AU$5 and AU$10, which have a top jackpot of AU$300,000. It recently added a AU$20 Scratch’n’Win, which is essentially two AU$10 games on a single card. Ruby 8’s is a AU$5 Scratch’n’Win card and one of the top scratchies in Western Australia. The goal is to match winning numbers, and the Ruby 8 is a special token that can double the prize. The top standard prize is AU$100,000, but the card also has three bonus games.

How to play Instant Scratch Its Lottery? 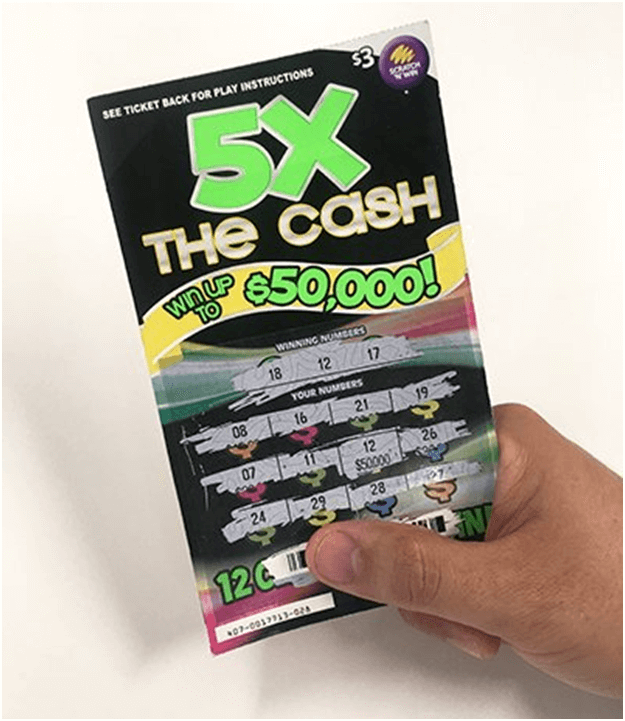 Though it is very simple to play but the play instructions vary with each Instant Scratch-Its game. To find out how to play a specific ticket, check the back of the ticket that you have purchased.

The odds of winning a prize on Instant Scratch-Its are generally 1 in 4, however this doesn’t mean that if four tickets are purchased one has to be a winner. These are overall odds based on the total number of tickets available for sale in a game, not on an individual purchase.  All prize amounts (including the top prize) are only available until won. This may occur prior to all tickets in a game being sold.

Just scratch and see if you have got the winning symbols and combinations.

When your numbers, symbols or figures match exactly then you win the prize. 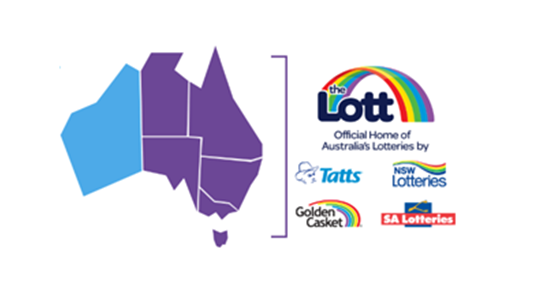 For prizes $1,500 and over simply complete you need to complete the Prize Claim Form and enclose the winning Instant Scratch-Its ticket, remembering to keep copies for your own records. Affix a postage stamp and mail to: Administration Locked Bag 7 Coorparoo DC QLD 4151

Your prize payment should be processed and paid within 10 working days of receipt of your claim form or after necessary waiting periods as listed.

Remember to write your name, address, postcode, telephone number and signature on the back of your winning Instant Scratch-Its ticket.

Under Section 129 of the Lotteries Act (1997) all Instant Scratch-Its prizes must be claimed within 7 years after the relevant Instant Scratch-Its Game Closure date. If you hold a winning ticket in a closed game, simply complete and follow the instructions on the Prize Claim Form.

Besides these legit four lotteries that offer Instant Scratch Its Lotto in Australia, you can also play instant scratchies at online casinos in Australia. Online casinos are another venues to join to play scratchies in real AUD. There is but a twist to this sort of game play at online sites. Here the instant scratchies come in the form of video card games and even some of them are like pokies games where you spin and win.

These online scratchies in video format are legal to play in Australia and are controlled by gambling commissions like if you play at a European online site the casino holds license from Malta Gaming Authority. These video scratchies are powered by top brand gaming software companies like Microgaming and Betsoft to name a few and thus are reliable scratchies to play and win.

Like Instant Scratchits here too open your online casino account with a user name and password. Next make a friendly deposit with real AUD or BTC with PayPal, POLi, Credit Cards, Neteller, Skrill or even Bitcoins.

Now go to the online casino games lobby and find scratchies to play. Generally these games are found under Other games or Speciality Games and you click on the scratchie you wish to play and begin to scratch.

The best part to play instant scratchies at online casinos is that you are offered various bonus offers that help you increase your bankroll and few online sites even offer no deposit bonus to play free scratchies to win real money.

Also play with your mobile, PC or tablet, these games can be played anytime anywhere and get instant wins.

You can cashout your wins similarly as you made a deposit to buy instant scratch cards.

You can claim prizes at online casinos by going to the cashier page online, tapping on withdrawal, choose your preferred withdrawal option, and get back your wins on your bank account. Obviously there is a limit of withdrawal at online casinos and you need to check this with the casino banking section or with their help support team.