What Are The Odds Of Winning Instant Scratchies? 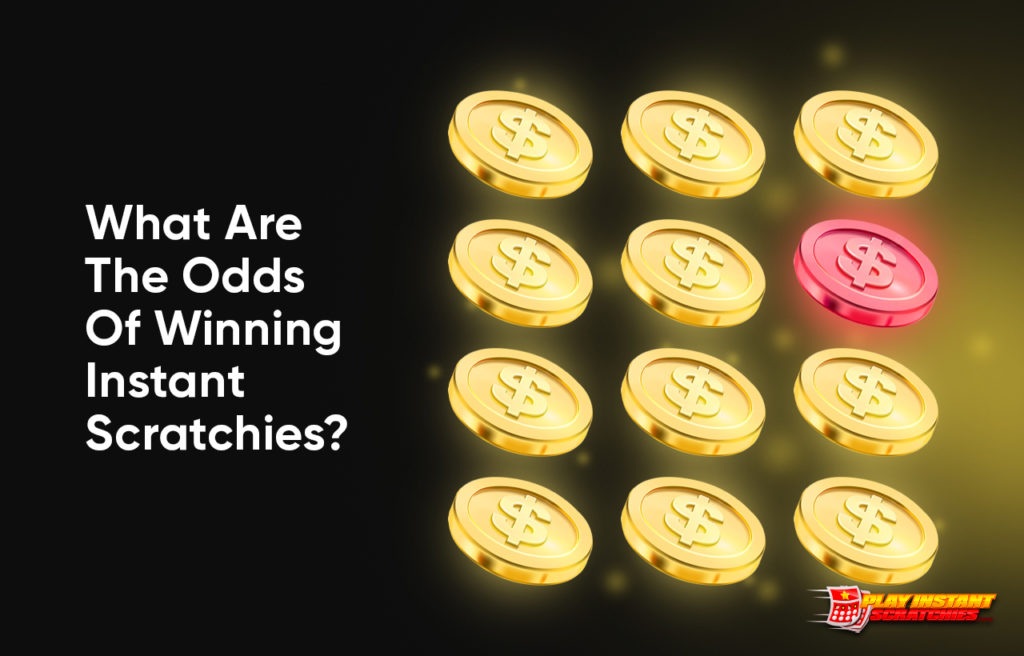 Scratch card games are also a type of lottery game where it’s not sure whether you will win or lose. A simple game of chance, though costs less but will soon put you in debt if you are addicted to scratchies. Many punters, therefore, ask this question as to what are the odds of winning Instant Scratchies?

First, you should know how the odds work and digest the fact that there’s no strategy to win the game. Also, scratch card games award prizes on a random basis and most of the money taken in by scratch-off games is paid back as prizes. The more expensive a scratch-off, the higher the “small” prizes tend to be, the higher the odds of winning, the better the prizes tend to be and the lower the odds of winning, the more prizes there tend to be. The higher the largest prize or jackpot, the fewer real winners there will be.

To improve your chances of winning with scratchies many players think that “buy in bulk” or “stagger your ticket buying” will make you a winner. But that makes no reality to win. One roll of 200 tickets could contain half as many prizes as the next roll of 200 tickets and most of the winners could be in the first half of a roll, or they could be spread about evenly throughout a roll.

Your chances of winning don’t change based on how you buy the tickets. In other words, whether you buy tickets in bulk or wait for 3-4 other people to buy tickets does not change the probabilities of any given roll of tickets paying a prize. The second thing you have to understand is that all those prizes, including the free tickets, are paid for by the people buying the tickets.

Note that the lottery system is designed to turn a profit for the state government running the lottery. The states tend to keep anywhere from 10% to 25% of all ticket sales. That means all the prizes come out of the remaining 75% to 90% of ticket sales, less the commissions paid to the various stores that sell lottery tickets.

Some experts estimate that for every dollar you pay for lottery tickets, no more than 50 cents is paid back in prizes. This is called “return to player,” and it’s not a good return at all. Even the worst pokies machines offer better than a 50% payback percentage which is the same thing as “return to player.”

The odds of winning Instant Scratchies

According to the lott Australia, he odds of winning a prize on Instant Scratchies are generally 1 in 4, however, this doesn’t mean that if four tickets are purchased one has to be a winner. These are overall odds based on the total number of tickets available for sale in a game, not on an individual purchase.  All prize amounts (including the top prize) are only available until won. This may occur prior to all tickets in a game being sold.

^These games are conducted by Golden Casket Lottery Corporation Limited (GC) in QLD, TAS and NT and NSW Lotteries Corporation Pty Ltd (NSWL) in NSW and ACT and Tattersall’s Sweeps Pty Ltd (Tatts) in VIC. Prizes can be won across GC, NSWL and VIC.

*These games are conducted by Golden Casket Lottery Corporation Limited (GC) in QLD, TAS and NT and NSW Lotteries Corporation Pty Ltd (NSWL) in NSW and ACT and Tattersall’s Sweeps Pty Ltd (Tatts) in VIC and Lotteries Commission of South Australia via its Master Agent Tatts Lotteries SA Pty Ltd (SAL) in SA. Prizes can be won across GC, NSWL, VIC and SA

Tips to play instant scratchie to beat the odds

Set a sum aside to play scratchie each month

This is very important as no matter what the purchase price of your favorite scratchie lottery game, you should play with the assumption that the next 100 tickets you buy will pay nothing. So be prepared that you will lose more than winning therefore, always stick to your bankroll and don’t chase your losses or wins.

Scratch off lottery tickets will tell you approximately how often the tickets are winners. They might say “odds of winning are 1:4.3”. That means that out of every 43 tickets sold, approximately 10 will pay prizes. In other words, in a game with 1:4.3 odds about 3 out of 4 tickets pay no prizes. Some games have worse odds than 1:43, but that’s about average and you can assume that 3 out of 4 tickets that you buy won’t pay anything. Reading the odds shouldn’t be depressing. You should do this to keep your feet on the ground. Keep your expectations low. Don’t start expecting for a big prize.

Scratchies work alike, no matter where you buy them

There’s a popular idea that if a certain store or zip code has a lot of winners then everyone should buy their tickets at that location. This type of circular logic only works some of the time. The reason why you see a lot of winners coming out of a specific zip code is that more tickets are being sold there. The stores in that area order more scratch lottery tickets than stores in other areas. So it might make sense to go join the crowd and buy even more tickets in that location.

But the hard reality of the situation is that you’re not improving your chances of winning by doing so. You’re only improving the stores’ chances of winning a bonus prize as they get a cut from any big jackpot because they’re selling more tickets. Thus your odds of winning remain the same regardless of where you buy your tickets.

This is something you’ll occasionally find experts talking about. If you pay for a scratch card ticket that’s a loser, look at the back and see if there is a second chance drawing for that game. If there is, enter the ticket into the drawing. You’re getting two chances to win a prize for the price of one ticket.

But you can increase your chances another way with these second-chance drawings. Some people don’t look at the backs of the tickets. If you’re not paying for the losers, you can still benefit from the second chance drawings. Everyone who buys the ticket is supposed to know what the game rules are. They’re printed on the card so always read them.

According to the wizard of odds, this is the only legitimate way to “change the odds” of winning a big prize in a scratchie game. Let’s say the game offers a jackpot of $10,000,000. The price of the tickets is $5. That means the jackpot prize will have to be paid for by about 2.67 million tickets. The game may sell a total of 40 million tickets. So you watch the big prizes every week, and you see which games have paid off their jackpots.