Winners of Scratchies are the ones that inspire us too to grab some rewards. Winners stories are incredible and really full of joy.

This year a Townsville couple won $250,000 playing instant scratchie that was gifted to them by their kids.

Lately a Wollongong man in his twenties who now has a strong belief in premonitions after winning $100,000 on an Instant Scratch-Its ticket the morning after he dreamt of scratching a winning ticket. The $100,000 winning $5 Luxe Riches ticket was purchased at Shellharbour Newsagency, 27 Addison Street, Shellharbour. 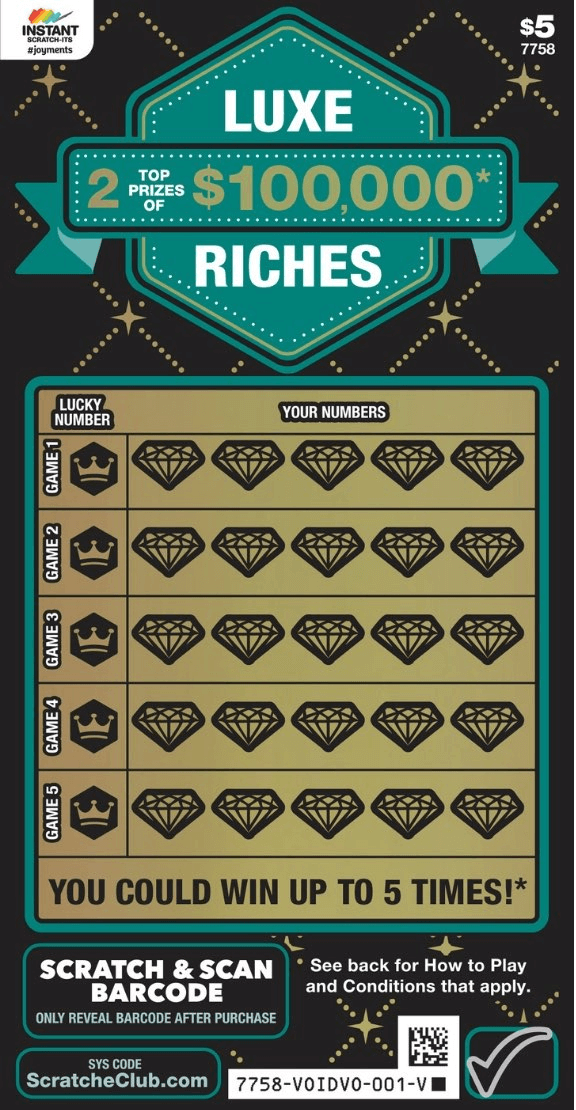 Similarly another winner in April 2018 from Goodna won one of the top prizes of $10,000 on a $1 Instant Scratch-Its ticket. The excited woman’s winning entry was purchased from Goodna Newsagency.

Its not just Australia that has hundreds of Instant scratchie winners, but Instant Kiwi in New Zealand is another super hit scratchie.

In 2019 it was a spur of the moment purchase that turned out to be the decision of a lifetime for an Invercargill man who has become Instant Kiwi’s newest millionaire with the $15 Cash Spectacular ticket. The lucky Southland winner, who wishes to remain anonymous, picked up his winning Cash Spectacular Instant Kiwi on a whim when buying his regular Lotto ticket.

Another winner of Instant Kiwi was an Auckland man who is first-ever millionaire after scooping the top prize on a scratchie ticket in May 2018. 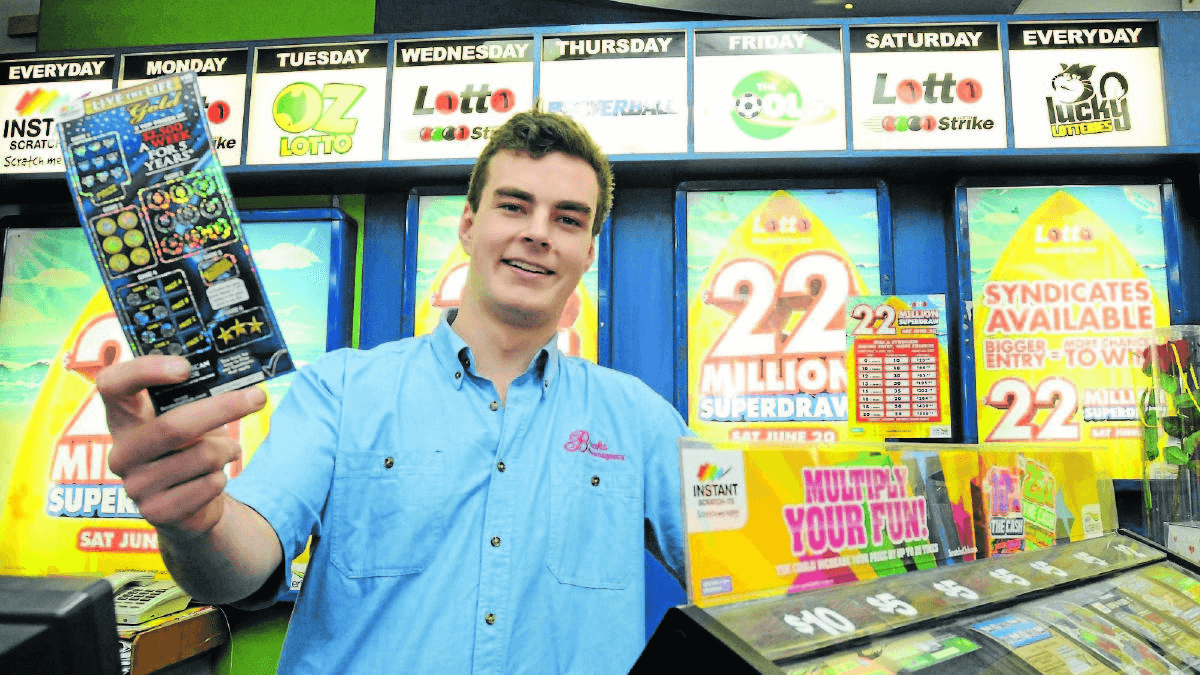 These are just stories from Lotto Scratchies but even with other games winners have just superb memories. There were four lottery outlets across the country that sold more than one top prize winning Instant Scratch-Its ticket during the past 12 months: Supanews Bracken Ridge (QLD), Liverpool Plaza Newsagency (NSW), Figtree Newsagency (NSW) and Glenorchy Central Newsagency (TAS) each sold two.

According to Instant Scratch-Its spokesperson Elissa Lewis Australians had been winning Instant Scratch-Its top prizes at a rate of more than two a week. She believes that Instant Scratch-Its are different from other lottery games in that all prizes are pre-determined at the time of printing.  The tickets are games of chance, which means anyone anywhere could scratch a top prize instantly.

Last year there were over 25 million Instant Scratch-Its winners in Australia, According to the Lott, the official website of Australian lotteries and scratchies there’s over half a million winners a week; 6,377 winning tickets an hour; 106 winners a minute.

Looking at the research, during the past 12 months there are key regions across the country that have enjoyed a share of the 126 Instant Scratch-Its top prizes worth $9.289 million.

Though there are some regions that sell multiple top prize winning Instant Scratch-Its, but also seen are some big individual top prizes of hundreds of thousands of dollars land outside of these regions

“The biggest Instant Scratch-Its ticket prize won during this time was $650,000, which was won by two different customers in Gordonvale in Cairns and Hampton in Melbourne.  The hardworking Cairns dad told that he nearly had a heart attack when he scratched the $650,000 top prize on his $10 Live the Life ticket.  The happy winner confessed he had too many plans to list when it came to spending his instant windfall.

In addition to the Instant Scratch-Its top prize winners, tens of thousands of other players had also scratched other prizes on their tickets during the past 12 months.

If you hold a winning card, claiming your winnings is almost as easy as getting the card in the first place. For winnings under $1,000, you can normally cash in the card where you purchased it. For larger sums of money, you’ll need to drop it in an envelope and send it to the appropriate company.

Whatever you do, don’t lose the card. You must have the original in order to cash it in, and someone else who gets their hands on your winning card can just as easily walk away with your money.

Winning a big lottery prize can be a life-changing moment, bringing with it a raft of emotions. Many winners simply purchase the scratchie ticket and get lost. They think that they can’t beat the odds so may not be a winner. Or any other personal matter in their lives engross them and they forget to claim the prize and check their results.

Though there is a winners advice by experts

After the initial thrill of winning, you’ll probably be full of ideas about what you could do with the money. You may want to pay off your mortgage, buy a new car, treat your family to something special, or take the overseas trip of a lifetime. All these things may now be possible. With a little bit of careful thought, your lottery windfall can help you achieve your goals.

Now that you are a winner there are many questions that come to your mind.

It’s natural to have mixed feelings after such a big moment, but these will eventually settle down – just give yourself a bit of time. You don’t have to work everything out in the first few days, or even in the first few weeks. The Lott suggests the first thing you do is make sure your prize money is deposited into an interest-earning bank account. Once this is done you can take some time to work out exactly what you want to do with it, secure in the knowledge that your winnings are safe and earning interest.

It’s very important to think carefully about whom you will first tell about the winnings. Most of the winners tell their immediate families. Some tell their workmates. Some are happy to tell the media about their good fortune. You don’t have to tell anyone if you don’t want to – the choice is entirely yours. Remember that the more people you do tell (including your family), the greater the chances of others finding out about your win. If you’re in any doubt about what you should do, don’t hesitate to contact Lotto staff and their communications team. 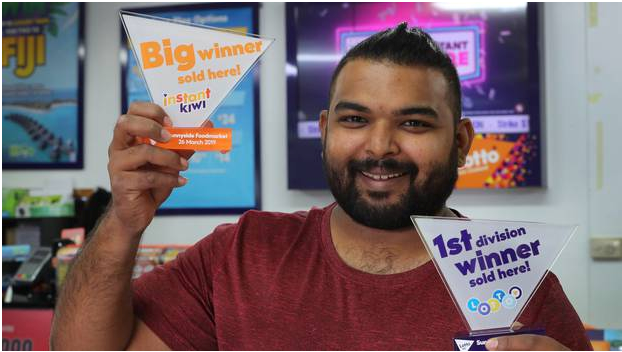 You need to manage your wins as winning money can impact your life more than just financially. Past winners have found the help of other advisory services useful to help them talk through some of their concerns. These include • legal advisers • church groups • Citizens Advice Bureaux • counseling or support groups. It’s not unusual for lottery winners to feel a strong need for support from others. These services give you a chance to talk about your feelings and concerns confidentially, without worrying about the potential of upsetting those around you.