What Is The Time Limit To Claim Your Instant Scratchie Winnings In Australia? 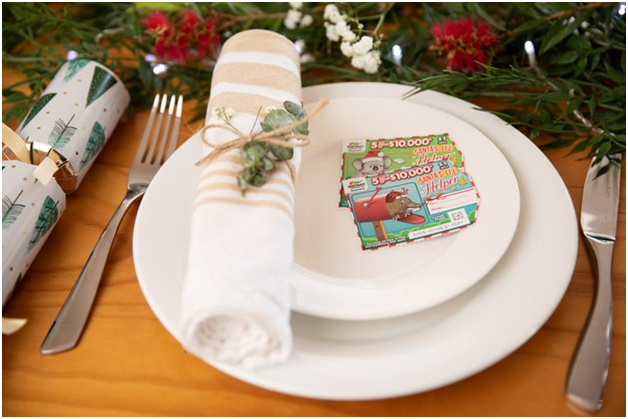 Instant scratchies are lottery-type games that you play and in if you are lucky. In Australia, the official instant scratchie lottery is called instant scratch-its. All you need is to go to your nearest retail outlet and enjoy the thrill of playing for a chance to win cash prizes! The Instant scratch its ticket cost from $1 to $20.  If you are one of the lucky winners then you should keep your winning ticket safe, sign at the back of your ticket, get your Identity proofs ready and find the way to claim your prize.

When you purchase your tickets using the Lott One membership, you have four (4) weeks from a draw to claim a prize at one of their retail outlets.  If you don’t have time or simply forget to check your ticket, the Lott may pay your prize by:

All things said and done remember that there is a time limit to claim your instant scratchie winnings or any lotto winnings in Australia. Here are the prize claim time limits of various states in Australia.

Lottery prizes must be collected within six months after the draw date. After this time, customers need to submit a prize claim form to the State Government to claim the prize at Tasmania – Treasury & Finance  GPO Box 147 HOBART TAS 7001 Phone 03 6166 4444

Prize payments associated with lotteries drawn prior to, and including 30/07/2012 were purged to the Northern Territory Treasury Director of Licensing as unclaimed money. Customers need to submit a prize claim form to the State Government to claim the prize. at NT Treasury – Director of Licensing  Unclaimed Monies GPO Box 1154 DARWIN NT 0801 Phone 08 8999 1800

Claiming prizes won after 30/07/2012 must be claimed within three years from the date of the draw. After three years the prize is no longer available.

Lottery prizes must be collected within 12 months after the draw date. After this time, prize money is forfeited to the Lotteries Commission of South Australia. There is a process to claim prize money from The Commission’s Unclaimed Prizes Reserve. Administration costs are associated with the processing of these claims.

Claim your winnings at Head Office the Lott

If you’ve had a win greater than in-store prize claim limits, or have won a top prize, you can claim your prize in person at the Head Office applicable to where your ticket was purchased:

Note that the business hours for all Head Offices are 8:30am – 4:30pm, Monday to Friday.

To collect your prize in person at one of their Head Offices, you will need:

Prizes claimed at their Head Offices will be paid either by cheque or Electronic Funds Transfer (EFT).

Remember you can also claim your winnings by post

To claim your prizes by Post you need to Download and complete the Prize Claim Form that corresponds to where you bought your ticket(s). You can also pick up a copy of the form at your nearest retail outlet, or download from the below links:

Now fill the claim form and put it in an envelope together with the ORIGINAL winning lottery ticket(s) and/or Instant Scratch-Its ticket(s), remember to keep copies of each for your own records. If you are claiming an Instant Scratch-Its prize you should also complete your name, address and signature on the back of any winning ticket(s).

Next affix a postage stamp and post to the address shown within your completed Prize Claim Form.

Your prize payment should be processed and paid within 10 working days of receipt of your claim form, or after necessary waiting periods as listed.