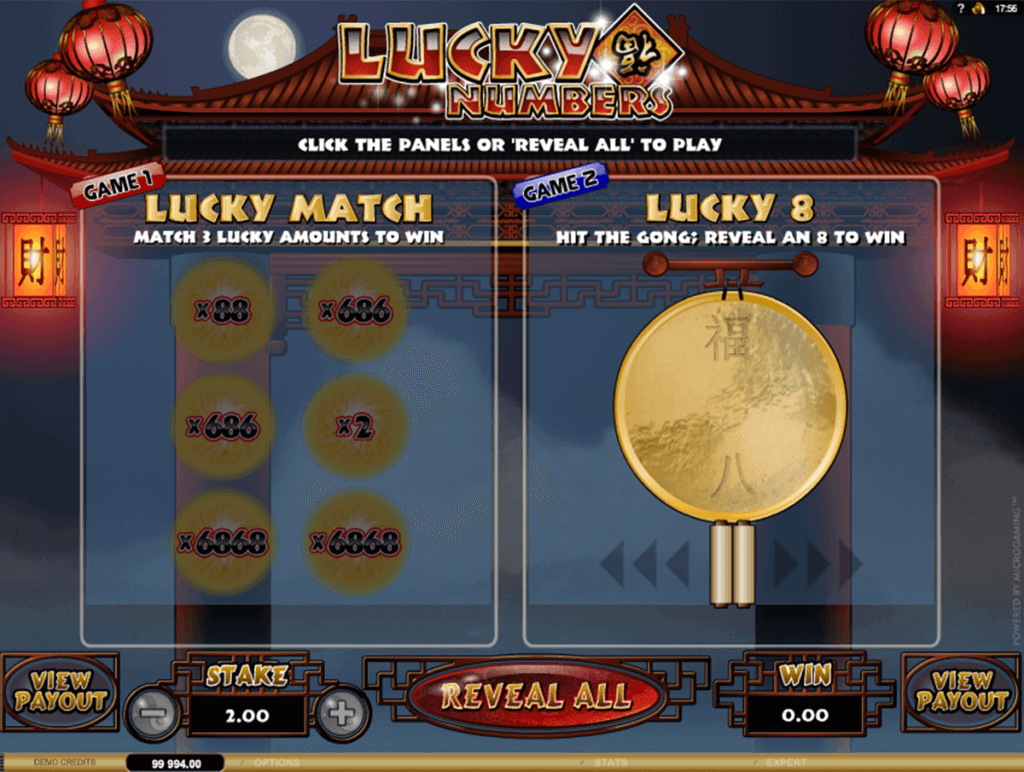 Lucky Numbers powered by Microgaming  which is based on traditional Chinese theme. The playing areas are superimposed over a background of Chinese buildings adorned with lightly glowing lanterns. Along the bottom of the game are the control buttons and displays for betting and win totals.

The Lucky Numbers instant win ticket features two independent games for each play: Lucky Match and Lucky 8. The Lucky Match game consists of six prize circles to scratch. To win, all you have to do is match three identical prize multipliers. When you do so successfully, your winnings are displayed at the bottom of the game and added to the total win amount on the bottom of the card.

The Lucky 8 game consists of only one large, brass gong. When you hit the gong and reveal the number eight, you are a winner. Your prize is determined by scratching off the scroll beneath the gong. Like Lucky Match, your winning prize is shown just under the game, and it is added to the total at the bottom.

Both games on Lucky Numbers use a single bet that you make before you begin play. The minimum bet is 0.50 credits, but you can bet up to 10 credits in one-credit increments.

The game also has a wide range of payout multipliers, and most of them incorporate the number eight in one way or another. The grand prize payout in Lucky Match is a hefty 8,888x multiplier, which makes the top prize 88,888 credits. Unlike many other scratch games, the second prize also pays a considerable sum. It is a 6,868x multiplier.