Play Instant Scratchies / Blog / Which Of Australia’s Suburbs Are Luckiest To Play And Win Scratchie?

Which Of Australia’s Suburbs Are Luckiest To Play And Win Scratchie? 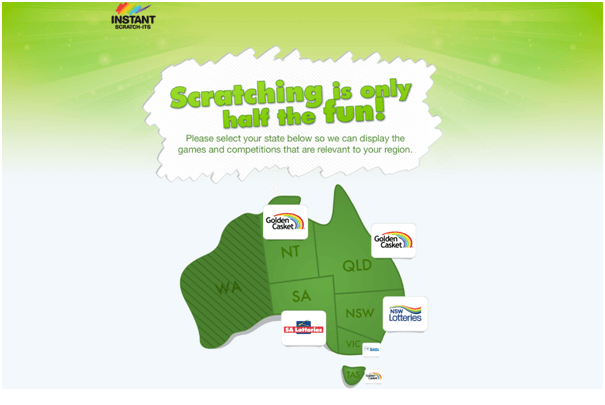 It is estimated  by The Lott that $9.2 millions have been won by Australians in Instant Scratch-Its top prizes. You always love to hear the stories of winners and wish to know the lucky store from where they bought their instant scratchie tickets to play the game. 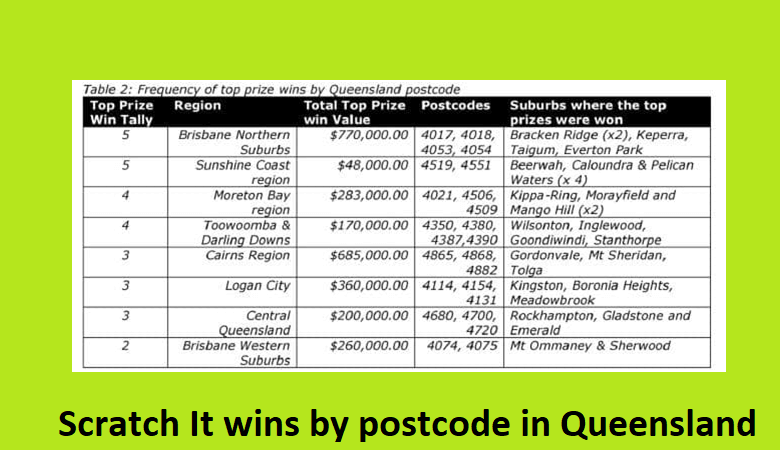 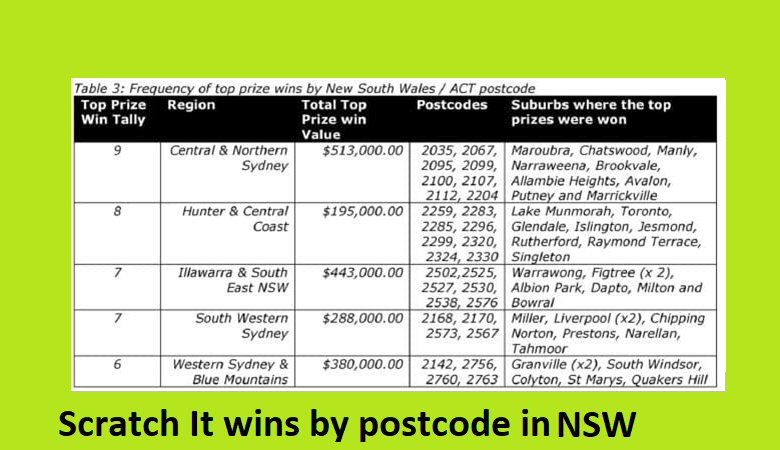 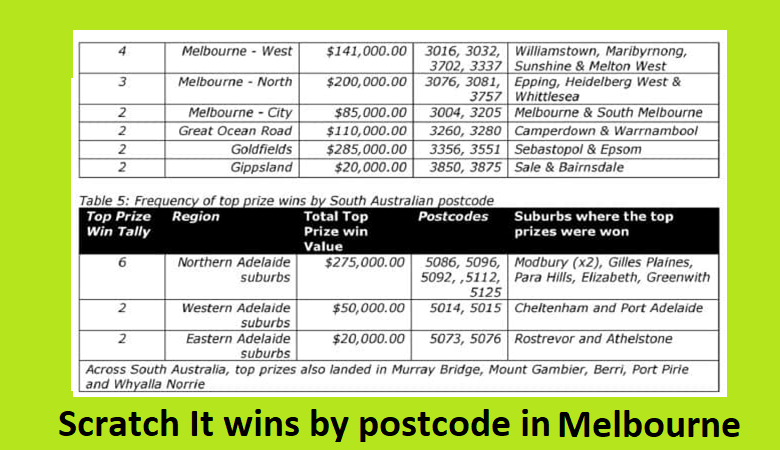 In South Australia, Northern Adelaide had suburbs with six top prize wins totalling $275,000. The other top winning suburbs are listed above. 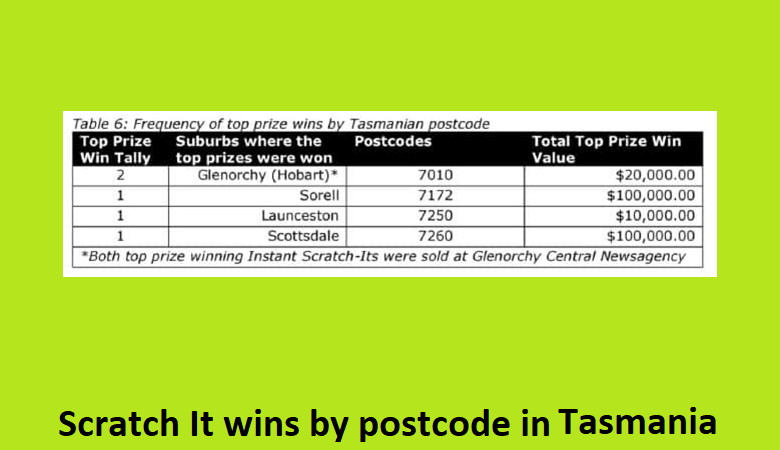 Note that Instant Scratch-Its are different from other lottery games in that all prizes are predetermined at the time of printing. The tickets are games of chance, which means anyone anywhere could scratch a top prize instantly. You can start as low as $1 and as high as $20 to buy an Instant Scratchie in Australia. While The Lott has seen some regions sell multiple top prize winning Instant Scratch-Its, they’ve also seen some big individual top prizes of hundreds of thousands of dollars land outside of these postcodes.

There are many newsagencies as well that have been proven to be lucky for winners. Like the coast news agencies in  Beerwah, Caloundra and Pelican Waters.  Study also found out that lot of younger people buy the $1 ones, and the men go for the ‘live the life’ scratchies while women go for crosswords instant scratch its tickets to play and win.

Does luck really play a role in winning scratchie?

Luck does play a role in winning a scratchie because there is no skill to win this instant game. On the other hand the luck factor doesn’t prove to be lucky most of the time or often and that is because of the odds to win this game. There are more losers than winners. You need to be cautious when playing these instant low cost games because if you buy 50 instant scratchie ticket and won 2 out of those just calculate what you win or what you lost. The chances of winning and the prize level vary, depending on which game you play. There is no playing strategy that will increase your chances of winning.  All lottery results are completely random.

People sometimes give a scratchie to a friend, or family member as a present. “Wow I could be rich” they might say.  They might also start to get interested in gambling, and eventually develop a problem.

So, in the end of the day the only people who surely makes money off the scratchers are the creators of it. Also, their profit comes at the expense of most of the consumers.

Thus best is to 1–2 scratchers every time you receive your paycheck. If you don’t win anything, stop playing and wait for a month or so to play again. Even if you win something  say if it’s $10 more than what you had spent don’t play again.  Keep whatever reward you got and wait for some months or days to play again. The only time you should buy more than 2 tickets is if your winnings was below the amount you spent. So if you spent $30 total, and only won $20 back, then only use that $20 to either play $20 worth of scratchers, or don’t play! If you decide to play again, buy a different scratcher or go to another store to buy the same brand of scratcher you won the $20 with.

This strategy works because when you lose, you at least don’t lose too much money. Also when you win, you at least have $5 or $500 more dollars than what you had started with.

All things said and done it is advised to always play responsibly and stick to your bankroll. Do not chase your wins or losses. Lotto of any kind is a game of chance that can be enjoyed occasionally and not habitually.

Newcastle man driving into the sunset after $150,000 Instant Scratch-Its win!