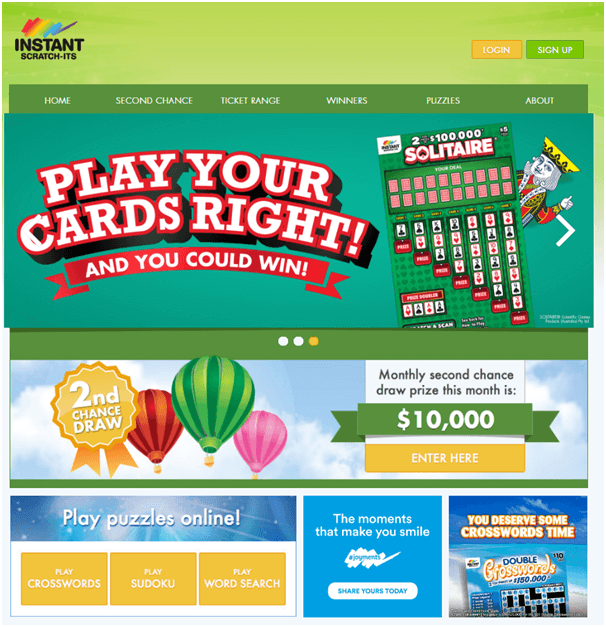 There are many kinds of Instant scratchie superstitions associated with animals. Though animals have nothing to do with your life or riches as they neither want to win a lottery nor million dollars of cash as they are happy and contended with nature and natural surroundings, many cultures around the world have many folklores on animals and their good or bad happenings to humans. One of them is bird poop brings good luck. This belief has been going on for ages that if a bird poops on you, your car, or your property, you may receive good luck and riches.

Recently this belief proved true when a Sydney woman won on scratchie because bird pooed on her. This woman who is a worker bought a $5 Live the Life Instant Scratch Its ticker and won one of the top prizes. She purchased her winning ticket from Newslink at Martin Place Railway Station in Sydney when she took home the top prize. Speaking to a NSW Lotteries official to claim her prize, the winner said she won the top prize of $1,000 per week for five years.

“It was a funny story. I was out to dinner with some friends and a bird pooed on me, and so they were all joking and said that I needed to buy a scratchie or a lottery ticket because it is a sign of good luck,” she said.
“And so I went to the newsagency and thought I’d just buy this $5 Live the Life one that looked pretty.
“I was heading to a meeting the next day in a cab and we were stuck in some really heavy traffic so I thought I would scratch it then.
“Once I’d scratched it, I read the rules because I am not a regular player, and I just thought I was reading it incorrectly.
“So when my taxi dropped me off, I quickly ducked into a newsagency and the lady told me it was a significant amount. “Now that it has been confirmed, I am feeling very excited and just so grateful for this.”

The woman who remains anonymous said she already had some plans for her winnings including travel. “You know, it’s really great because I am young and everyone always tells me how hard it is to buy a house and to get ahead, but now I have won this prize,” she said.
“So, it really feels like everything is coming together, it’s all very neat.“I don’t want to do anything crazy and I want to use it sensibly.
“I am going to start saving to put a deposit down on a house, do some travelling and I’d love to take my partner and family on a beautiful weekend getaway or take them out for a nice dinner.”

Newslink Martin Place manager Margaret Doyle said she was thrilled to discover the outlet had sold a top prize-winning Instant Scratch-Its ticket. “Wow, that is exciting. It is fantastic!” she exclaimed. “This is fabulous, absolutely fabulous, I am so happy for the winner”.

The more birds involved, the richer you’ll be.  So next time a bird poops on you, remember that it’s a good thing.

Live the Life Instant Scratch Its

Cat is another animal that people believe is instant scratchie superstition to be associated with luck and winnings. Like the old passing of a Lottery ticket over the back fur of a black cat. Black cats are traditionally associated with either very good or very bad luck. But since they won’t be crossing the street at the time of the Lotto ticket ritual, it’s all good luck straight up in this case. Such cat folks are much believed to be still used while playing scratch cards.

Many also say that it depends on the cat direction. Whether the cat went right or left while you were buying or playing the scratch card. Believe it or not does cat come to wish you good luck.

A popular instant scratchie superstitions is that of entering the store from whence a player plans to buy his or her lucky ticket by stepping into the shop with the left foot first. This is however not applicable when it comes to receiving one’s ticket from the ticket seller. During the handing over of the ticket, it’s traditionally preferred that the ticket seller hand over the ticket using his or her right hand.

There are also those who are firm believers in what is commonly known as Numerology. Lotto lovers translate this into making use of a set of lucky numbers as instant scratchie superstitions. Numbers ideal for a Lotto win may include everything from birthdays of family members to lucky numbers supposedly received in a dream.

There’s also the common practice of avoiding certain numbers regarded as being unlucky. Ironically enough, this is more often than not, not the number 13. In fact, many people; most notably probably the French; consider the number 13 to be of a wonderfully lucky variety. French players will often include the number 13 throughout when choosing their lucky numbers.

There is a sense of luck to getting their first license or their first car, so many players vibe off this and opt to use their license number or plate for their lottery numbers. Since these aren’t limited to being under a certain number as the birthday and anniversary numbers are, many don’t see any harm in opting for this one.

Players might dream of winning and then early morning rush to the store to get the scratch ticket. Some players may dream certain numbers up and then use these numbers as their numbers for their lottery tickets and interestingly it actually worked once, specifically in a lottery that took place in America called the Mega Millions. An anonymous winner said he dreamt the numbers to pick and used them, and ended up winning a whopping $189 million.

Many players believe in owl superstitions. Owls are no more bad luck than black cats, broken mirrors, or spilled salt. In many cultures, owls are seen as bad luck or omens of death and are feared, avoided, or killed because of it. Though it’s all myth in the player’s mindset. Still, people believe in owls’ sight and lotto games. Among Australian Aborigines, owls are the spirits of women and so are sacred. The Kwakiutl people also thought owls were the souls of people and shouldn’t be harmed because, if the owl was killed, the person whose soul the owl carried would also die. Many different cultures believed that a person became an owl after death. Seen an owl then your luck can be on either side: good or bad?

Some people are staunch believers in birthstones or gems. Topaz, Rubies, Emeralds, Quartz, Jade, and various others. Wearing their birthstone when purchasing the scratch ticket and rubbing it for luck is what many birthstones believe. Similar to this is Wearing/carrying a lucky charm such as lucky underwear, socks, rabbit’s foot, etc.

7. The Moon and Planets

According to John White Astrologer, having done much research into case histories of people and events of big lottery winners, mostly ones in New Zealand (which, since 1987, has a twice-weekly 6/40 draw plus 1/10 Powerball Lottery, along with a “strike” with a prize for the first 4 balls drawn in the correct order, and a daily 10/80 Keno draw, and instant “scratch” tickets). The NZ Lotteries Commission does not reveal their names; – but in several cases, the winners allowed their names to be published in newspaper stories about their wins, and he contacted them to request their birth date and the dates/times they bought their winning tickets and/or chose their winning numbers. From this research he has found a very consistent pattern of planetary transits and day-for-year progressions: as many as possible transiting aspects of Sun, Mars, and Jupiter to natal Sun, Mars, and Jupiter, progressed aspects among natal Sun, Mars, and Jupiter, plus transiting aspects of Uranus and Pluto to natal Sun, Mars, and Jupiter. With the odds in the NZ Lottery, at least 7 such Sun-Mars-Jupiter aspects are needed to produce a worthwhile win, and Uranus and Pluto transit greatly magnify the amounts won.

The house and sign occupancies of the natal, transiting, and progressed planets were found to be completely random; only the aspects were statistically significant.

He further adds that , using my results, which I have been accumulating since 1971, I have won several thousand dollars, mostly on two occasions in 1995, when, among other things, transiting Jupiter was conjunct my natal Sun and Jupiter.

You need to sign up at https://thelott.com/ and play this instant scratch it lotto. Now don’t look for birds to poop on you. Lottery is a game of chance and it is not that lucky to win the lottery of any kind. But if still you want to look for birds then sit under a tree and see whether lady luck strikes you or not with the birdie poop.