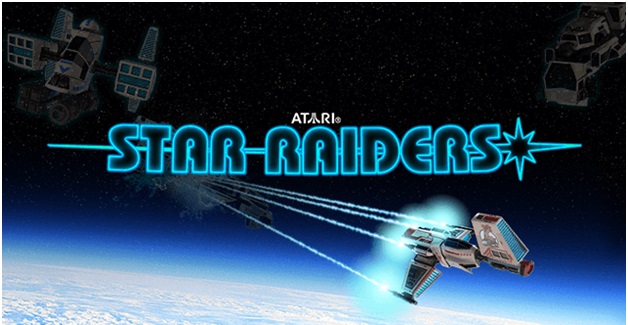 Atari was the most popular and fun game to play in early 80’s. The Atari gaming system was what kids of that period loved to play. Now you can find this in a scratch card game, known as  Atari Star Raiders developed by the game designer Pariplay Limited. Star Raiders-themed scratch card game that will keep you entertained for hours. It’s also super easy to play and you’ll quickly see that it has excellent animation that sets it apart from other scratch card games.

Atari Star Raiders is a normal 3×3 scratch card game with an interesting animation spin. When you start each game, the 9 symbols are hidden behind the Atari symbol. You can either click on them one by one to reveal the symbols, or you can click on the “reveal all” button to reveal them all instantly. However you do it, once the symbols are revealed, you win if you match three symbols. This will be evident by the circles around the matching symbols, and the big words declaring, “You Win!”. There is also an auto-bet feature that allows you to play from 5 to 50 rounds without having to click on the “reveal all” button, thus speeding up the rate of play. In this game, there are only six symbols to choose from, so your chances of winning are pretty good, which brings us to the best part.

The soundtrack is another plus for this game. Unlike some games which feature loud or intrusive music, the music in this game is subtle and has a techno feel, which matches perfectly with the Atari Star Raiders ambiance. Basically, this game is perfectly designed to capture the sci-fi crowd, and if you’re not part of that crowd, both the music and sound effects are customizable, so you can turn it down if you want.

Between the auto-bet feature, the soundtrack, and the awesome animation, the Atari Star Raiders game is definitely a scratch card game that you could play for hours.

Pariplay does Atari’s classic space combat simulator Star Raiders justice with an awesome scratchcard game. A modern interpretation for the game that perhaps few remember but all should know. The game is beautifully animated with spaceship 3D models. Prizes raise high as expected on top games. Features include autoplay, round wagered amount control (not supported by all operators), and multiple gameplay settings – sound, full/ windowed screen, etc.

How to play Atari Star Raiders?

Playing Star Raiders is easy. Set the bet amount per round (ticket) using the up and down arrow buttons located within the BET box. Once you have set your bet amount, hit the BUY TICKET button.

Now, click on each of the hidden symbols to reveal them or choose the Show All button to automatically reveal all the symbols.

If there are 3 matching symbols , then the amount won will flash in the center of the screen. The total win for a round will also be shown in the WIN box located next to the BUY TICKET button.

The odds of winning the top prize on this scratchcard are 1 in 500,000. A full breakdown of all the prizes available for each tier, together with the odds of winning is included in the paytable that you can find at the games menu.

There are 3,000,000  scratch cards are there in the Star Raiders game. The total win for a round will also be shown in the WIN box located next to the BET button.